American Christians DO NOT BE FOOLED . 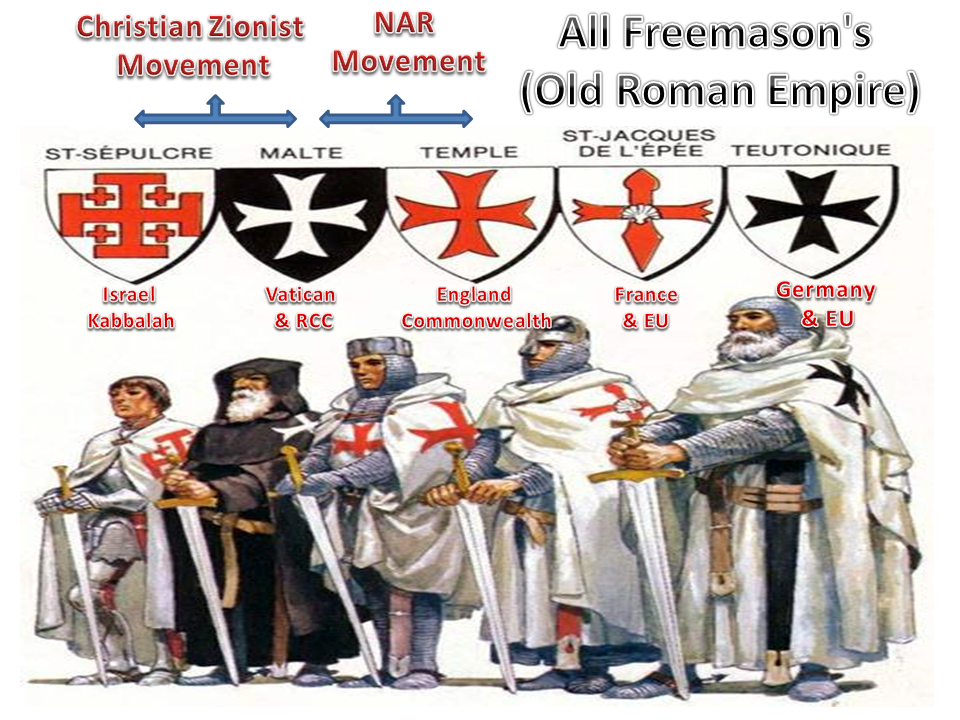 Donald Trump is not the Friend of the Church . He is a Malta Knight under the Black Pope of the Jesuit order and Him and His Administration are Pushing the American Church to become Part of the One World Religion of the Doctrine of Demons called the Christian Zionist Movement . His son in Law is his handler via the Suplicar Jewish Knights under the Illuminati / Free Masons.

Since Trumps election he is Pushing the Church of America to LOVE the JEWS too Become part of the Antichrist Old Covenant Jewish Zionism . This whole Press /Media not liking him . Look again : Thee owners of ALL Major Media Houses , Newspaper/ Magazines / Radio / TV are Jewish Owned ! Why will they not Love Trump = Because this is a plot to get Christian support for Trump and His Administration .

The Attempt by the Democrats to Impeach Trump is just to boost his ratings and eye blind the Christians of America to become part of the Christian Zionist movement THAT is part of the 7 Mountain Mandate of the New Apostolic Reformation doctrine of demons all UNDER Control of the Roman Catholic Church and the Jesuit Order.

I Know that Spirit filled Children of God will not fall for this Trick and Discernment of spirits are still alive in the Real Church .

But Jesus also did say ! Mat 24:24 For there shall arise false Christs, and false prophets, and shall shew great signs and wonders; insomuch that, if it were possible, they shall deceive the very elect.

Its the Church and all its False Doctrines of Demons controlled by the Jesuit Order / Roman Catholic Church that will end up under the Banner of the NAR Movement and their 7 Mountain Mandate.

Rev 17:9 And here is the mind which hath wisdom. The seven heads (End Time Beast Rev 13) are seven mountains (Doctrine of the NAR Movement One World Religion), on which the woman (Jesuit / Roman CC) sitteth.

The Joint venture BETWEEN the Malta Knight and the Suplicar Jewish Knights are called the Christian Zionist Movement with majority SHARE in the hands of the Zionists / Jews. Controlled by the Black Pope of the Jesuit Order / Illuminati / Free Masons / 3rd Seal / Horsemen of the Black Horse.

The Joint venture BETWEEN the Malta Knights and the Templar Knights are called the New Apostolic Reformation Movement Doctrine of Demons “Kingdom Now” and ” 7 Mountain Mandate” Controlled by the Black Pope of the Jesuit Order / Illuminati / Free Masons / 3rd Seal / Horsemen of the Black Horse.

The Antichrist comes from America